Journal Rankings are a somewhat subjective means by which academics gauge the impact, prestige, and quality of a particular journal. There are a variety of independent organizations that rank the journals. Factors that influence the ranking of a particular journal include the degree of difficulty it is to be published in a journal, the "perceived prestige" of a journal, as well as more quantitative factors, such as its Impact Factor (see right).

Journal Rankings can be useful to determine the most influential publications in a particular field. However, because the ranking system relies on citations, which take time to accrue, the rankings often reflect the influence and relevance of a journal from about two years prior to the ranking's determination.

Recently, altmetrics have emerged as an alternative to traditional citation-based measures such as impact factor. 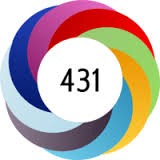 Altmetrics are article-level metrics that usually take into account measures such as shares on social media, mentions on websites and in the traditional media, article views and downloads, and saves to social bookmarking sites such as Mendeley, in addition to citations in the scholarly literature.

How Journals are Measured

Journals are ranked through a number of different means. Additionally, different organizations and institutions develop their own systems by which to determine relative rankings, like SCImago's SJR Indicator. Below are the most common measures used to determine journal ranking.